Italian multimedia journalist based in Glasgow. Passionate about gender and postcolonial studies, my work focuses on women's rights, mental health, and sexuality. 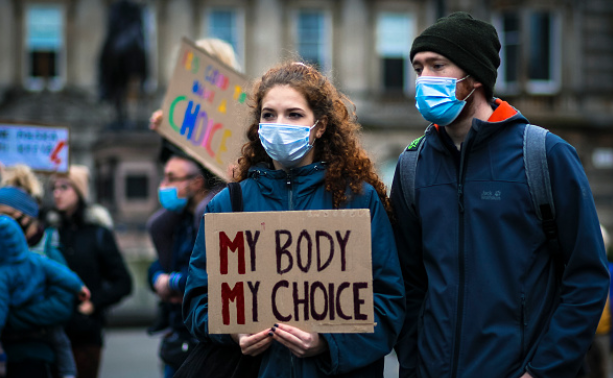 Back Off Scotland: fighting for abortion rights

“While walking with my baby in the pram, I passed one protester standing on the pavement outside the centre. She tried to hand me a leaflet which clearly had anti-abortion messaging… I spoke to her about what she was doing… She looked into my baby’s pram and said ‘but there’s a reason you didn’t want to murder your own baby’. I walked away and she shouted after me: ‘You are a hypocrite. You knew she was a baby and you knew she was in your womb. Would you kill her too?’”
In a turn of events th... 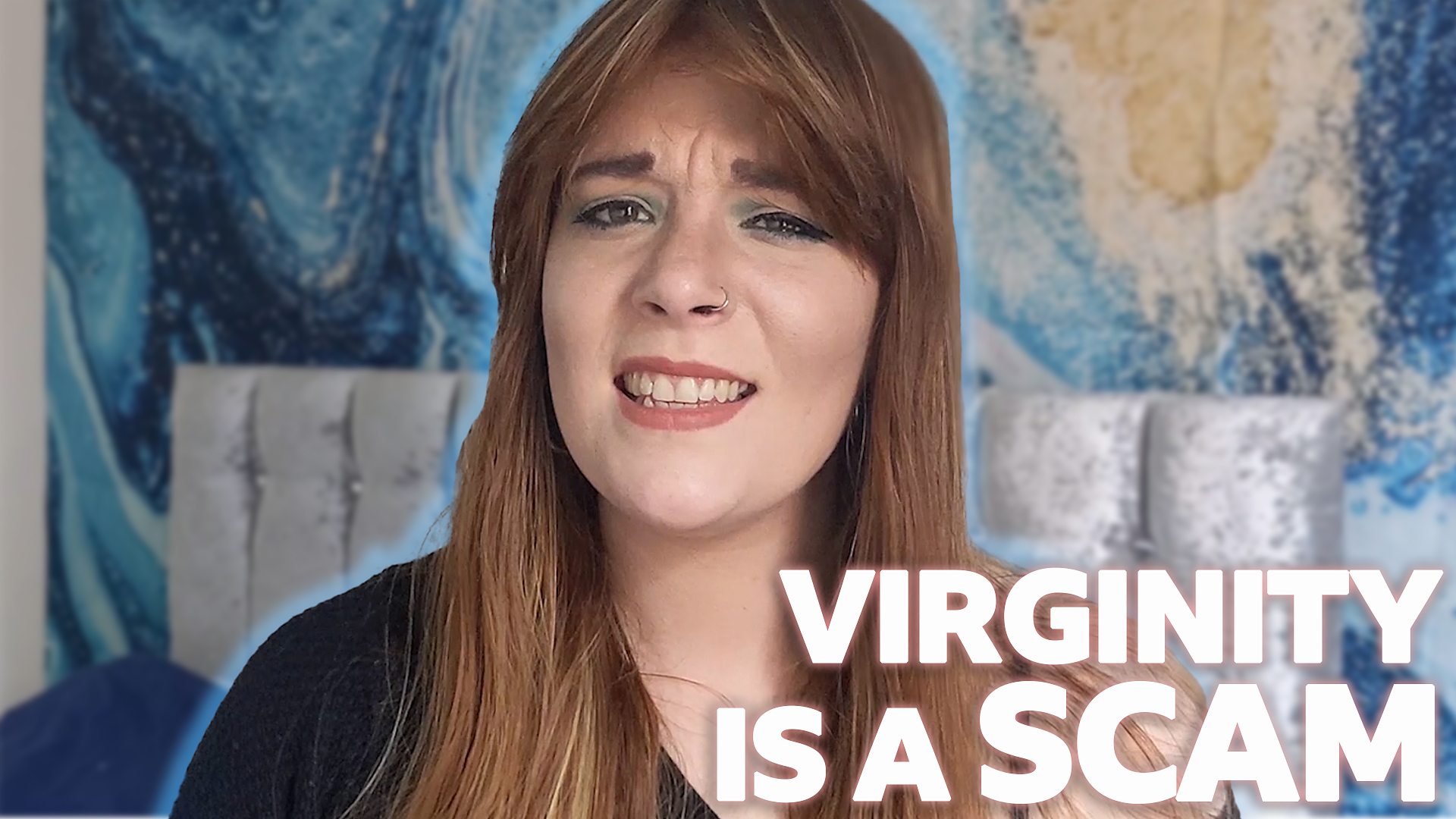 Virginity myths and the lies people tell you

Popping one’s cherry, deflowering: these are only a couple of the many euphemisms we use to describe the first time people have sex. Even the most common expression, “losing your virginity”, implies no longer possessing something, getting rid of something valuable.
I don’t know about you, but these expressions have surely never sounded appealing to me. They have always made me feel uncomfortable and left me wondering about the impact of “having my cherry popped”.
It also doesn’t help that we ... 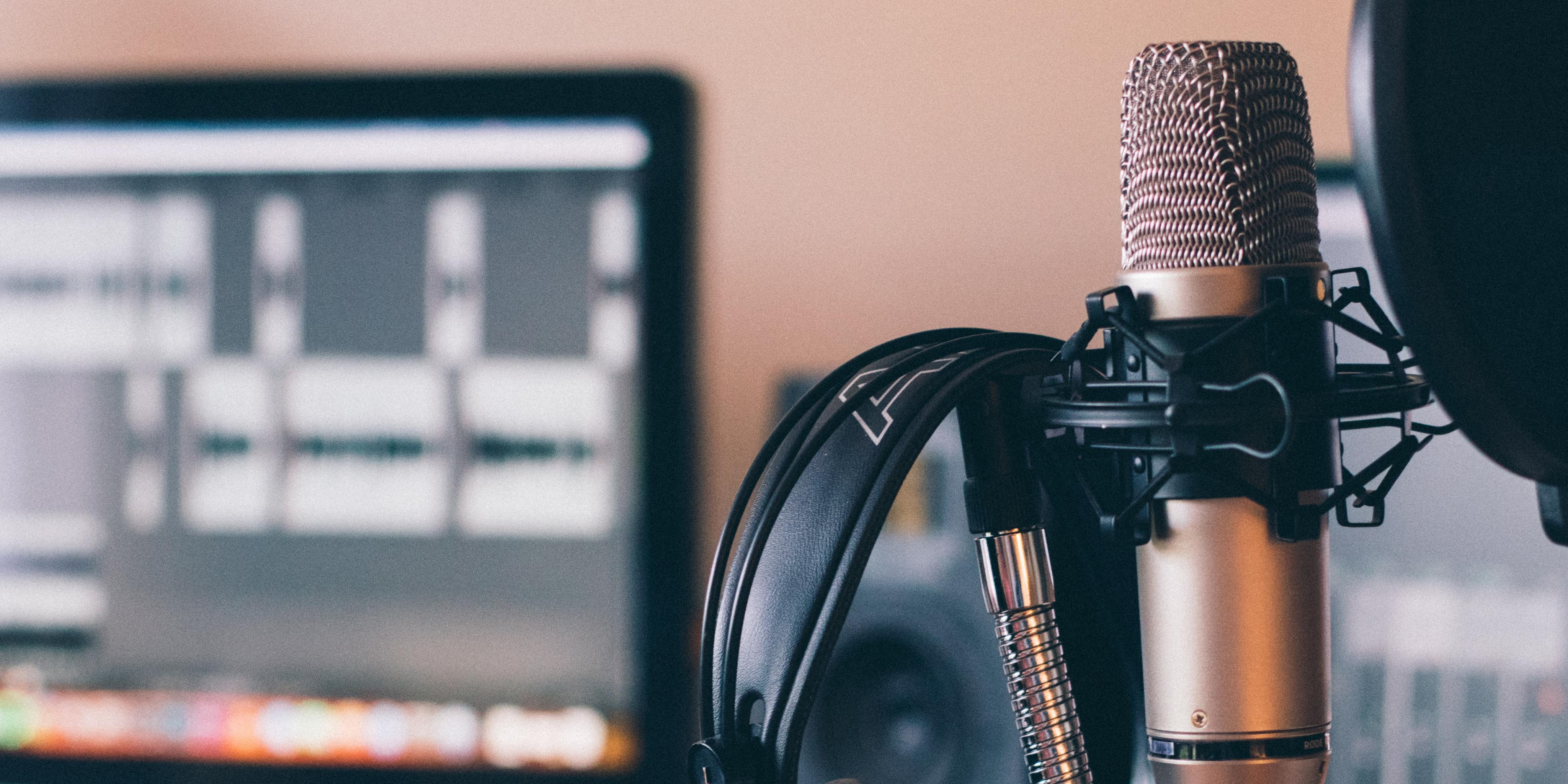 Mistakes to avoid when creating a podcast

Originating in the 1980s as “audio-blogging,” podcasting started as a way for people to share their experiences and thoughts via audio recording. Forty years on, it has developed into a full-blown genre that has allowed innovative formats and new voices to enter mainstream discourse.
According to the annual Edison Research survey released in March, approximately 80 million Americans are weekly podcast listeners, a 17% increase over 2020. Not only is the industry growing, but its audience is n... 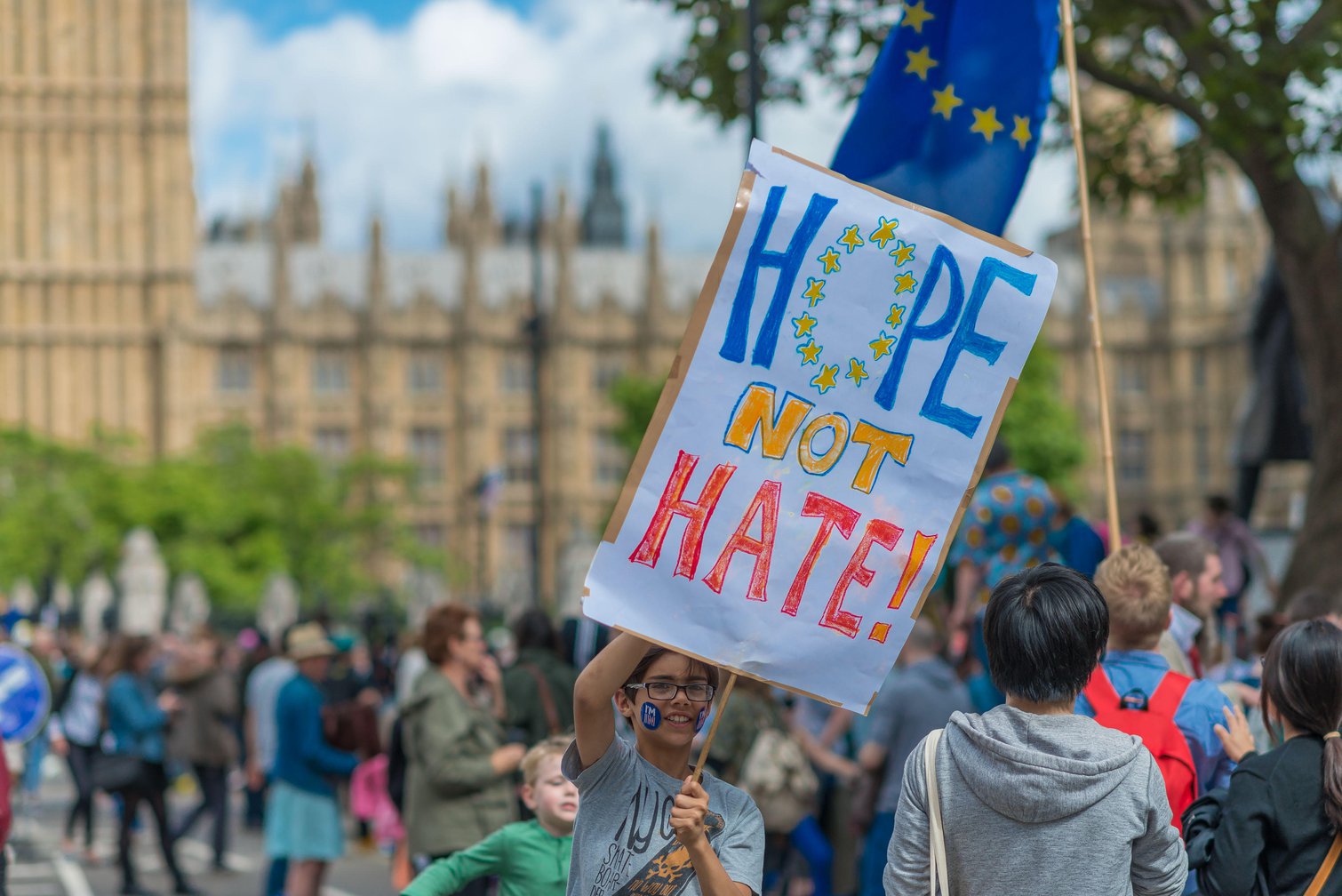 Five years to the day that the UK voted to leave the EU, European nationals find themselves at a crossroads. Should we fight to preserve our own exceptionalism – or campaign for a fairer and more humane immigration system for everyone?
In post-Brexit Britain, gone are the days when Germans, Italians or Spaniards could simply board a plane and start their new life in the UK. So much has changed since I first left Italy three years ago, carrying just one suitcase but many ambitions.
As I build ... 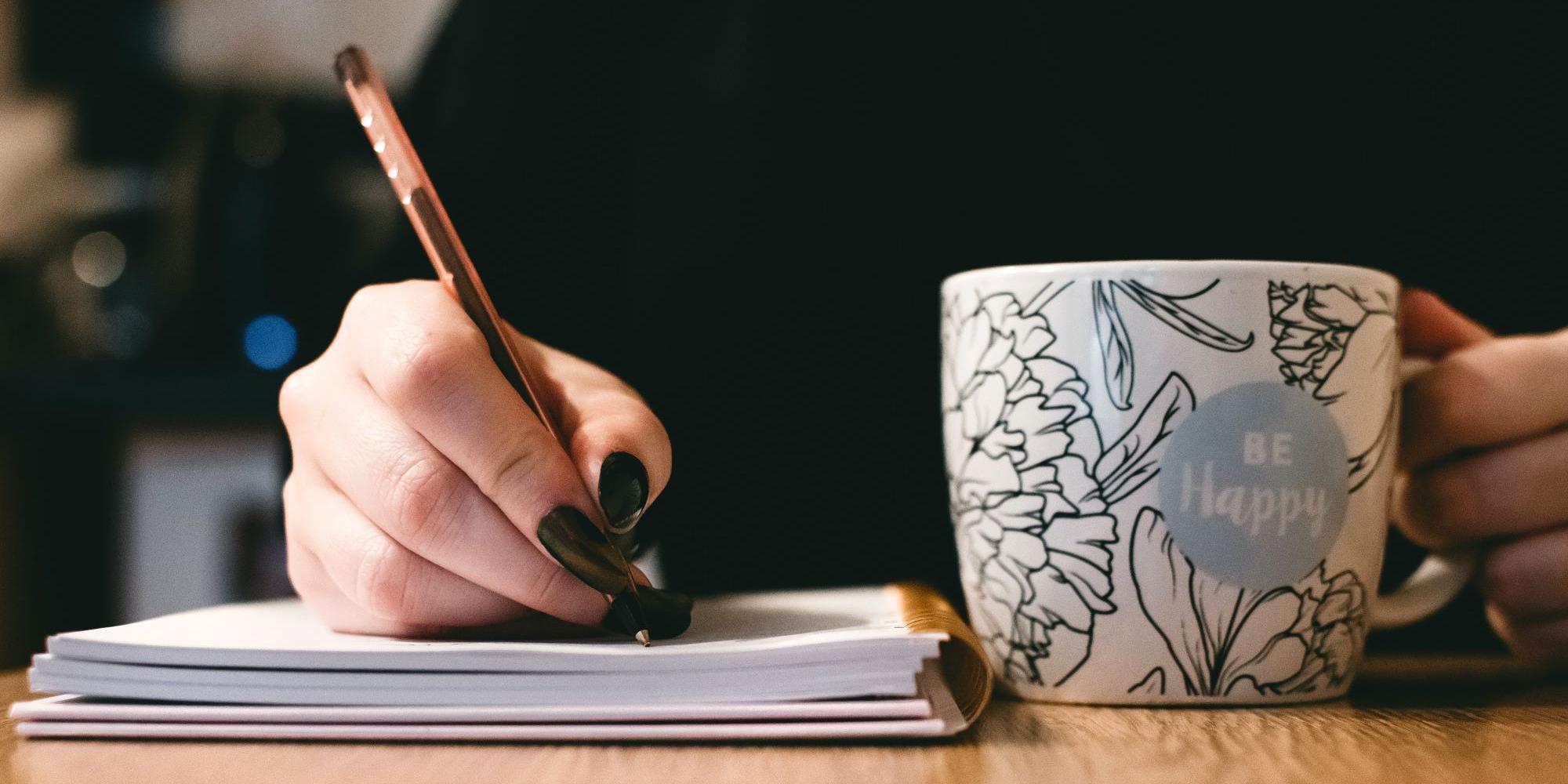 Dealing with impostor syndrome in journalism? Here are some tips.

All writers experience moments of self-doubt at some point in their careers. The very activities of writing, proofreading and rewriting facilitate reflection and can induce overthinking, even just as a form of perfectionism.
If you’ve ever found yourself, however, questioning the adequacy of your writing skills despite evidence to the contrary, or telling yourself you do not deserve your career achievements, you might be suffering from impostor syndrome.
First described by psychologists Suzan... 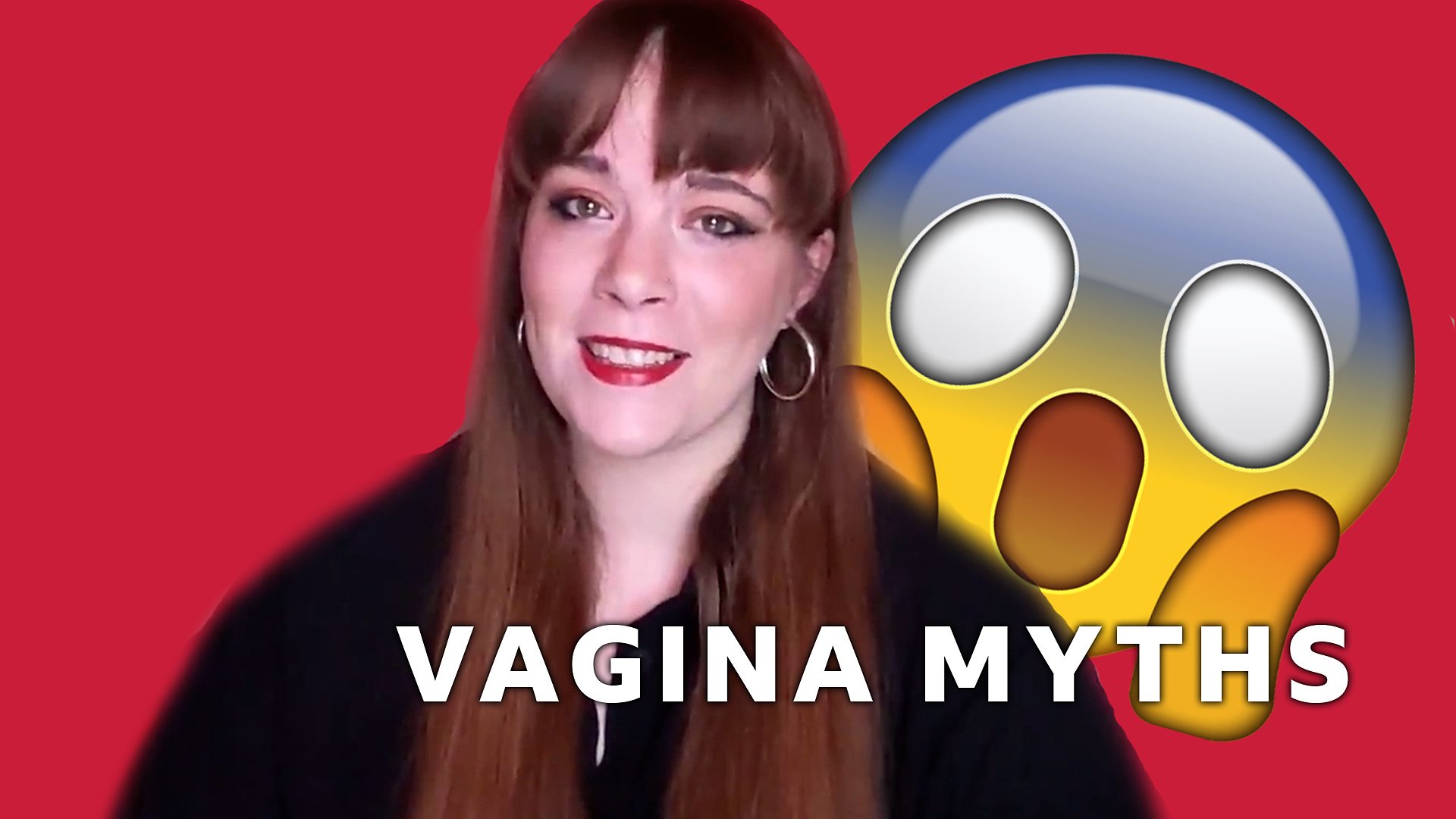 Most (cis) women have a complicated relationship with their vagina, let’s be honest. It’s almost like that super-shy cousin who lives next to your house. You see each other all the time but interactions are inevitably awkward.
In everyday life, this awkwardness translates into anxieties and insecurities which make us feel inadequate, as if there was an ideal vagina we should all strive for. This is partly due to the culture and society that we are immersed in. Campaigners have been fighting f... 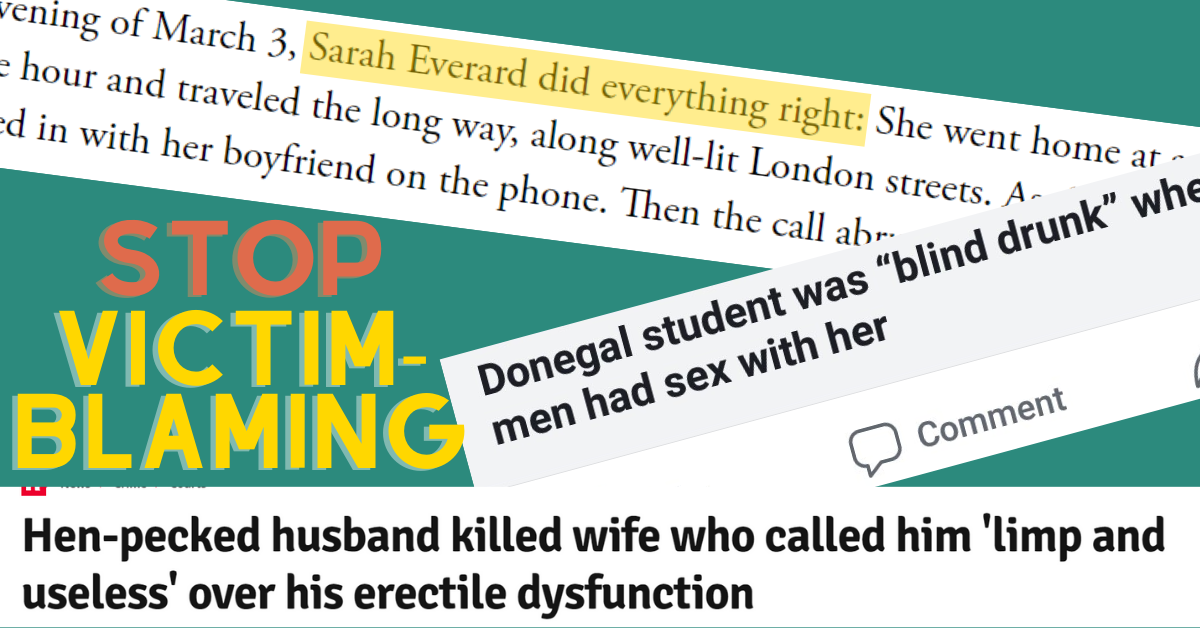 How to Report on Violence Against Women

Iris Pase interviews Laura Tomson, one of the Co-Directors at ZeroTolerance.
From the public debate sparked by the tragic death of Sarah Everard to cases of everyday gender-based violence, the past month has seen an increased news coverage on violence against women. As often happens, however, when one jumps on a new “trending topic” without adequate knowledge or without consulting experts, the wealth of news, hot takes, and analysis on the issue has shown that we, as journalists, have still a... 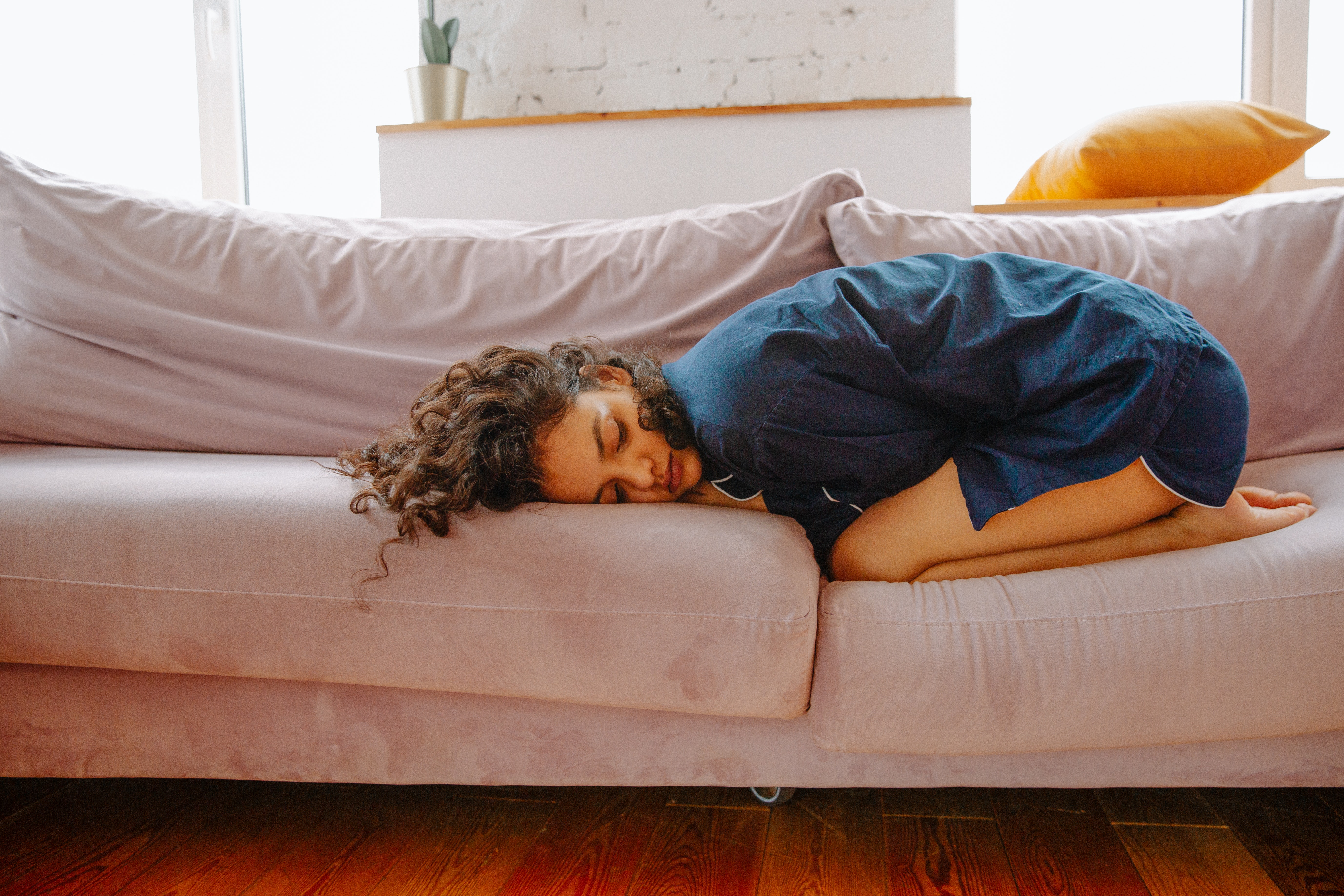 It’s Time We Talk About Endometriosis

As this year’s Endometriosis Awareness Month comes to an end, Bella Caledonia has talked to some Scottish women affected by the condition. Despite affecting one in 10 women in the UK, endometriosis is still a lesser-known condition that can seriously impact people’s physical and mental health.
Carrie-Mae Macmillan, from Old Kilpatrick in West Dunbartonshire, was only 16 when she first started experiencing a regular, excruciating lower abdominal pain. “It wasn’t the level of pain that I would ...

Aff The Record - Meet The Team

Since we haven't been to meet in life, I created a "meet the team" video for Aff The Record's launch event. 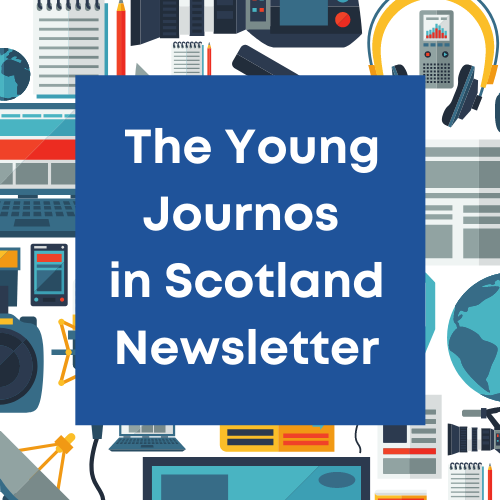 Young Journos in Scotland is a community for students and budding journalists across the country. Run by Amy Lyall and Iris Pase, we want to create a support network for Scottish and Scotland-based young journalists who we all know face various challenges when entering the media industry.

Our weekly newsletter is curated by Iris and drops in your inbox every Thursday at 5 pm - more or less. It will contain job opportunities in the Scottish media, be it broadcast, newspapers or copywriting. 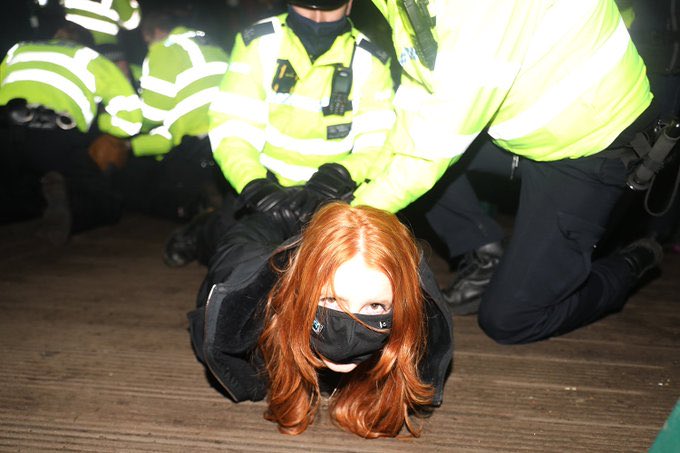 Why do women need to die before we listen?

As we reach the end of this week, I can safely say that the news flow has been overwhelming to say the least. On Monday, International Women’s Day, we started off with sparkly designs being posted everywhere to celebrate the “girl bosses” in our lives. We told them they could do anything they set their mind to. On Wednesday, not only did we find out that 97% of young British women have been sexually harassed but we also began talking about the case of Sarah Everard, a woman who went missing i... 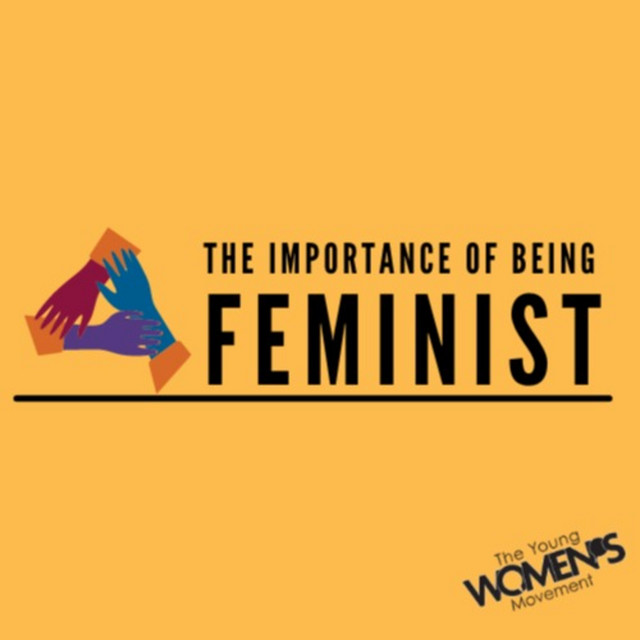 The Importance Of Being Feminist

A podcast by YWCA Scotland, The Importance of Being Feminist explores issues affecting women in Scotland and beyond. 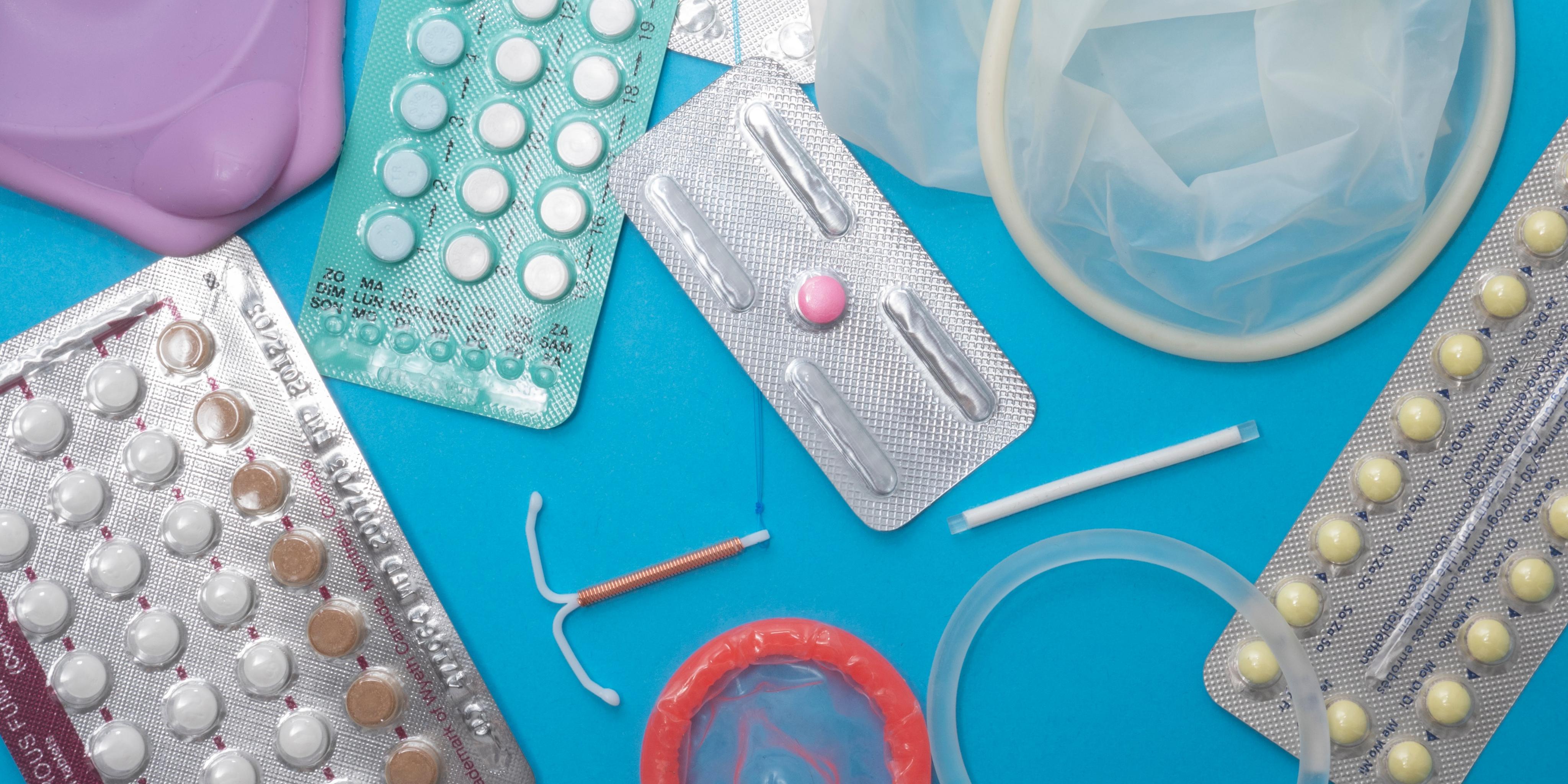 Tips for reporting about sex work

Mainstream reporting bears the effects of centuries of stigmatization towards sex work. News coverage often falls into sensationalistic or judgemental narratives, which can cause harm and endanger people working in the industry. 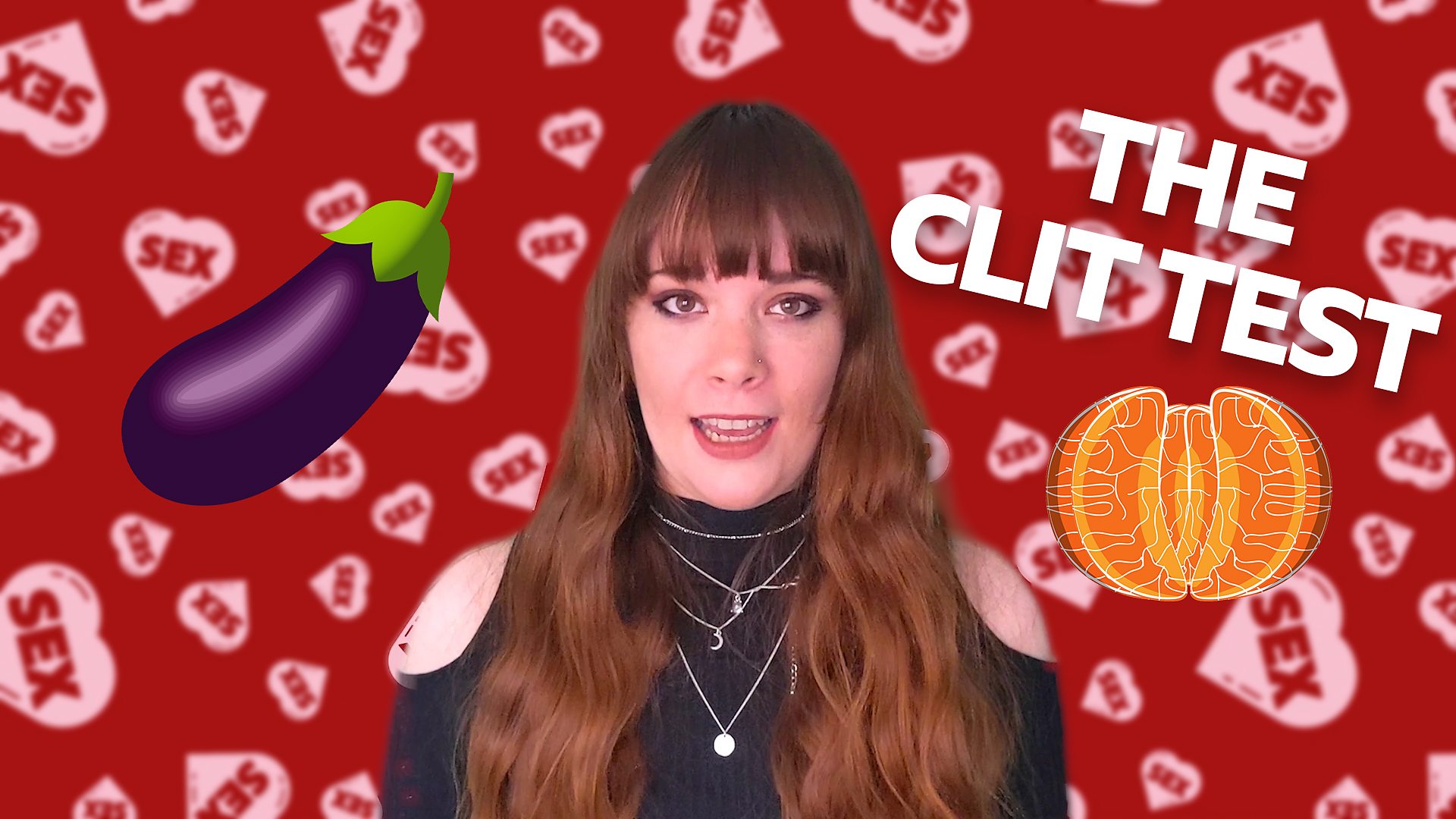 When it comes to female pleasure, film and tv usually get it wrong

Relationships can be a complicated maze to untangle, especially when sex is involved. Physical intimacy, in fact, often brings new meanings and emotions to a relationship, no matter the gender or situation. Communication becomes tortuous because of the often taboo nature we associate to sex.
For decades, the cultural representation of sex has been not only exclusionary of LGBTQ+ identities and sexualities but also profoundly phallocentric.
If you’re young, this is even more true. I remember t...